THE VICTIM’S CONSENT IN INTERNATIONAL LAW AND CASE-LAW 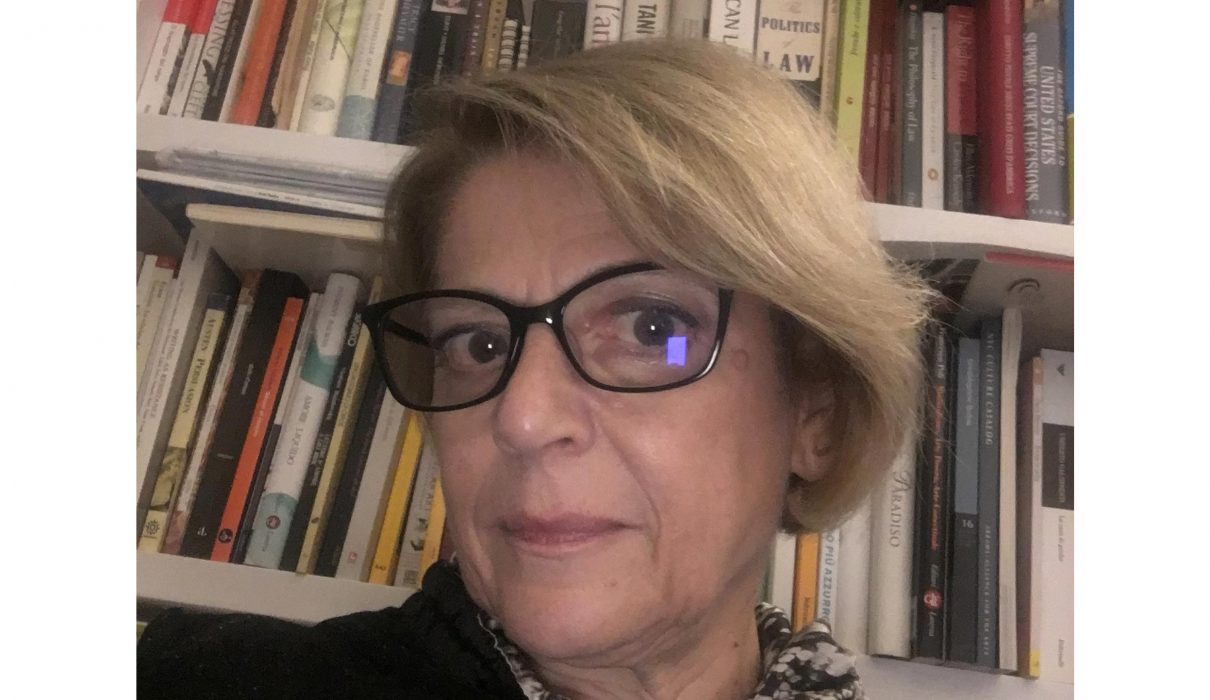 THE VICTIM’S CONSENT IN INTERNATIONAL LAW AND CASE-LAW

I will focus on three aspects related to the issue of consent in international law and case-law.

1. The relevance of consent for the legal qualification of a case

The issue of consent is relevant regarding all the international standards that are applicable to legally qualify a case of severe labour exploitation: trafficking, forced labour, slavery or practices similar to slavery, and servitude.

Article 4 ECHR (European Convention on Human Rights) provides for the prohibition of slavery, servitude and forced or compulsory labour

Art. 6 of the American Convention on Human Rights states that “No one shall be subject to slavery or to involuntary servitude, which are prohibited in all their forms, as are the slave trade and traffic in women”.

The ILO Convention n. 29 of 1930 defines forced labour as “any work or service exacted from any person under the menace of any penalty, and for which the said person has not offered himself voluntarily”.

We will see ho voluntariness has been interpreted by international case-law.

Art. 3 (b) of the Palermo Protocol1 states that “the consent of a victim of trafficking in persons to the intended exploitation (…) shall be irrelevant when one of the means set forth in subparagraph (a) have been used”. The EU Directive 2011/36/EU contains the same definition, with the addition of the consent to actual exploitation.

The prohibition of slavery and similar practices forms part of customary international law and jus cogens. Protection against slavery is therefore an obligation erga omnes which States must comply with and that is derived from international human rights law. However, the consent of the person concerned is still relevant to qualify a case as slavery, as we will see on the basis of international jurisprudence.

In the judgement Chowdury v. Greece (2017), ECtHR (European Court of Human Rights) clearly stated that “exploitation through work is one of the forms of exploitation covered by the definition of human trafficking, and this highlights the intrinsic relationship between forced or compulsory labour and trafficking”. In the case S.M. v. Croatia the Court reiterated, even more explicitly, that “the concept of human trafficking can properly be incorporated, (…) within the scope of article 4”.

In the Kunarac case, the Ad Hoc International Criminal Tribunal for the former Yugoslavia in 2001 – just after the adoption of the palermo Protocol – established among the criteria to determine a situation of enslavement or servitude that “the consent or free will of the victims is absent or is rendered impossible or irrelevant by, for example, the threat of use of force or other forms of coercion, the fear of violence, deception or false promises”.

The same formulation has been used by the IACHR (Inter-American Court of Human Rights) in the well known Hacienda Brasil Verde case (20/10/2016), in which the Court recognized that workers had been subjected to forced labour and slavery. The Court used the same formulation as in the Kunarac case: in order to determine whether a situation of slavery exists nowadays, it is necessary to assess the manifestation of the so called “powers attaching to the right of ownership” based inter alia, on “the absence of the victim’s consent or free will, or it is rendered impossible or irrelevant by the threat or use of force or other forms of coercion, the fear of violence, deception or false promises; “the victims’s position of vulnerability”; and “exploitation”.

In the above-mentioned case Chowdury and others v. Greece, 42 workers of Bangladeshi nationality, in irregular situation in the country, were exploited in agriculture. They worked 12 hours a day, always under surveillance by armed guards, without any weekly break, and lived in degrading conditions. They did not receive their salaries amounting to 22 euro per day, and were subject to a violent retaliation when they asked for payment. The Court recognized that such workers had been subjected to trafficking based on article 3 of the Palermo Protocol, and condemned Greece for violation of article 4 ECHR. The Court dealt with the issue of voluntariness and consent, and stated that “where an employer abuses his power or takes advantage of the vulnerability of his workers in order to exploit them, they do not offer themselves for work voluntarily”. Thus, the Court stressed that “the prior consent of the victim is not sufficient to exclude the characterisation of work as forced labour”.

The recent judgement Zoletic v. Azerbaijan (October 2021) concerned a group of workers recruited in Bosnia and Herzegovina, taken to Azerbaijan by “Serbaz”, a construction company, working for a salary that was much less than what had been promised, and living in unsafe conditions. Their documents were retained by the employer, they were obliged to work even when they were sick, and they were not paid at all for some months.

Concerning the issue of consent, the Court reiterated what had been stated in the Chowdury case, meaning that abuse of power, taking advantage of workers’ vulnerabilities and the purpose of exploitation exclude voluntariness, even when workers had initially consented.

However, in cases of labour exploitation in practice it is very difficult to assess whether workers’ consent to exploitation has been given voluntarily or in a coercive situation. In fact workers can – and actually do – accept an exploitative job, provided that it enables them to realise, at leas partially, their migration or life project.

The issue of victim consent is even more controversial regarding trafficking for sexual exploitation. The above-mentioned case S.M. v. Croatia (Judgment 25/06/2020) concerned a young woman forced into prostitution.

It is important to stress that the Chamber had stated that “trafficking itself as well as exploitation of prostitution fall within the scope of article 4 of the Convention”. However, the Grand Chamber in its final judgement stated that “the notion of forced or compulsory labour under  article 4 of the Convention aims to protect against instances of serious exploitation, such as forced prostitution, irrespective of whether, in the particular circumstances of a case, they are related to the specific human trafficking context. Any such conduct may have elements qualifying it as ‘slavery’ or ‘servitude’ under article 4, or may raise an issue under another provision of the Convention”.

The Court stated very clearly that forced prostitution – not prostitution per se – falls within article 4 ECHR, and thus drew a clear demarcation line between the two legal concepts, in which of course the issue of consent is crucial.

Therefore this judgement helps avoiding any conflation between prostitution on one hand, and forced prostitution and trafficking on the other hand.

This is a very sensitive and divisive issue, taking into account that for some it is not conceivable to validly consent to prostitution per se.

Based on the above-mentioned judgement, however, it is not possible to deny that a difference between the two notions exists, which implies that consent to prostitution can be valid, depending on factual circumstances. On the contrary, specific factual circumstances can indicate that consent has been given in a coercive context, which actually happens in the vast majority of situations involving migrant women. This coercive context – based on the most frequent traffickers’ modus operandi – is very often a context of abuse of a position of vulnerability.

2) Consent is the other side of the abuse of a position of vulnerability or other illicit means used by perpetrators.

The concept of abuse of a position of vulnerability was introduced at the very final stage of the negotiation of the Palermo Protocol, with the aim to strike a balance between different positions – existing among national official delegations and also among feminist organisations, between excessive criminalisation and underestimation of subtle means of coercion used by traffickers and exploiters.

Compromise was reached on the basis of a a formulation contained in a soft law document of the European Union, The Hague Declaration of 1997. The negotiators specified that “the travaux préparatoires should indicate that the reference to the abuse of a position of vulnerability is understood to refer to any situation in which the person involved has no real and acceptable alternative but to submit to the abuse involved”.

The same need to strike a balance exists in the interpretation and enforcement of criminal provisions on human trafficking.  When abuse of a position of vulnerability or other illicit means have been proved, the consent of the person concerned is not legally valid. On the contrary, when illicit means have not been used, agency of the person concerned must be fully acknowledged.

In the said case S.M. v. Croatia the perpetrator had promised the young woman to help her finding a job as a waitress or in a shop, had taken her to a flat, had lent her money, had given her a mobile to receive calls from clients, had threaten and beaten her when she refused to provide sexual services, and had accompanied her to other places to meet clients. He had guns, condoms, and different mobile phones. The Court found that the woman had been forced into prostitution by means of deception, debt bondage and threats.  The coercive context was proved, and thus the consent was not considered relevant.

On the other hand, police officials and prosecutors should be aware that by expanding the area of criminal liability as a consequence of considering victims’ consent always irrelevant, there is a risk of criminalizing sex work indiscriminately. Even in countries in which prostitution per se is not criminalized – but in a number of OSCE countries it is criminalized –  criminal provisions regarding for example facilitation apply to behaviours that are in fact collaborative actions taken by sex workers themselves such as renting together an apartment. In these cases, the real risk is to consider and indict a sex worker as a facilitator or even a trafficker.

Moreover, when prostitution is pushed underground, into an area of complete illegality, even the situations of women forced into prostitution get worse, as the dependence of women from their exploiters becomes more stringent, and more difficult become possible exit strategies.

As an advocate of women’s rights, and as a feminist scholar, I would like to stress that women’s protection allegedly aimed to the respect of their dignity should never produce a negative impact on their rights, and should never undermine their living and working conditions.

If not, there is a high risk of inaccurate assessment of the case, and there is a risk of blaming the victim. As a former penal judge, I consider that prosecutors’ eyes should remain fixed primarily on perpetrators, and consider that evidence collection concerns primarily their behaviours.

When an illicit means used by of the perpetrator has been proved, the Protocol does not require further evidence about the impact of such means on the consent of the victims. In other words it is not necessary to assess whether the means operate to vitiate or damage consent2.

However, unfortunately very often immigration and police authorities use a “viceversa approach”, and focus first on victim’s consent. When they assess that the victim has consented to abuse and/or exploitation, without further inquiry, they simply deny the existence of the crime, especially when it is coupled with his/her consent to irregular migration.

2 UNODC, The Role of “Consent” in the Trafficking in Persons Protocol, Issue Paper, 2014.