Home - Trafficking in persons - Beyond trafficking and slavery. Are our laws cut out for addressing systemic exploitation? 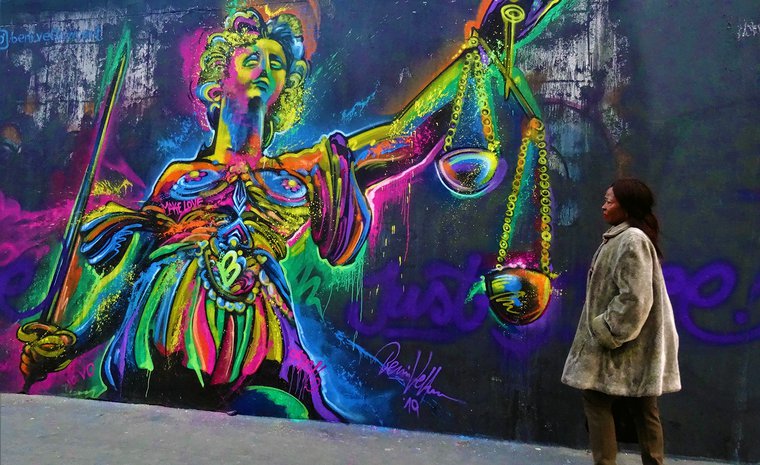 Shortcomings of the implementation of the 2000 Palermo Protocol

Since the late 1990s I have been committed to establishing, implementing, and monitoring anti-trafficking legislation and policies. This includes a six-year tenure as United Nations Special Rapporteur on trafficking in persons especially women and children, which ended in July 2020. As many people will already be aware, the prevention of and fight against human trafficking has also been closely linked with the struggle against slavery. When the 2000 Palermo Protocol on trafficking was negotiated it was motivated by a desire to define and address trafficking as a modern form of slavery.

After twenty years of visiting, monitoring, and learning about experiences in many countries, I have serious concerns about the effectiveness of anti-trafficking legislation and policies, and about the degree to which they align with a human rights-based approach. To my mind, the key issues are:

Law enforcement led anti-trafficking and anti-slavery actions are mostly failing. The full involvement of the business community, trade unions, and civil society is needed to tackle labour exploitation, especially through effective actions aimed at empowering workers, promoting respect of their rights, and cleaning supply chains. Some governments and affluent private sponsors have helped to mobilise important energies within the business community, but problems remain when it comes to the ineffectiveness of voluntary initiatives adopted by the private sector. For example, prominent anti-slavery and transparency laws impose only reporting obligations on businesses. They should instead compel businesses to take action to eradicate exploitation from their supply chains. There is also the risk that focusing upon slavery means concentrating upon the worst cases of exploitation, with the consequence that extensive exploitation – which is endemic in supply chains – goes unnoticed.

This debate asks whether we can more effectively improve workers’ lives from inside the anti-trafficking and modern slavery system or from outside of it. I would say that the human rights community should be simultaneously IN and OUT. We should be IN as a matter of political tactics, and OUT as a matter of strategic thinking.

From the point of view of political tactics, the human rights community should continue to use all the existing tools at its disposal to re-orient implementation of anti-trafficking and anti-slavery legislation and policies according to a human rights-based approach, and to promote more effective victim support. The results of anti-trafficking actions are modest globally, especially when placed alongside the estimated global dimensions of trafficking and slavery. However, existing interventions have worked out for a considerable number of individuals. From a human rights point of view, every person gaining freedom and autonomy makes a difference.

However, from a strategic point of view, the human rights community needs to invest in a new global human rights instrument and innovative national legislation focusing on a broader notion of exploitation. In this direction, three topics should be prioritised:

Prevention as a strategic approach to labour exploitation. This implies effective action by governments and businesses based on a mix of voluntary schemes and binding provisions. Such provisions would impose specific obligations on parent companies to identify risks in their supply chains, establish plans to address them, and put in place viable solutions for workers losing their jobs when severe exploitation is identified. National legislation should furthermore establish corporate liability for parent companies not complying with such obligations, as well as tackle recruitment and intermediation practices while also strengthening labour inspections. In all of this a clear firewall between labour checks and immigration controls must be maintained at all times.

Effective remedies for exploited persons. The entire range of remedies for human rights violations must be made available, including restitution, restoration, compensation, rehabilitation, satisfaction, and guarantee of non-repetition. Such remedy should not hinge solely on the outcome of criminal proceedings, but could also come through judicial and non-judicial complaint mechanisms as well. Importantly, such remedies include not only financial redress but also regularisation of migration status, family reunification, and restoration of employment. Access to remedies is a right of any exploited person, as well as a powerful means to ensure their empowerment and full social inclusion.

Early support to exploited persons or people at risk of exploitation, especially among the migrant population. This will not only prevent their further exploitation and promote their social inclusion, but it will also allow them to access help irrespective of their formal identification as victims of crime. Civil society organisations should be funded to provide counselling, healthcare, and other necessary assistance measures for such vulnerable persons.

In conclusion, the ‘IN and OUT’ option requires the ability to achieve concrete results on the basis of existing regulations and mechanisms, while at the same time being aware of their flaws and actively promoting new approaches.

Following Bell Hooks and her feminist theory, I would choose the ‘margin’ as a space of radical criticism and openness to new ideas. From the margin we can be IN and OUT, taking every opportunity to improve victim support and simultaneously developing new strategic plans.

I’m convinced that the daily struggle for the respect of victims’ rights can be more successful if it is carried out with a clear perspective of a strategic shift from the trafficking and slavery standards to the notion of systemic exploitation. Such a shift requires an exceptional commitment by the whole human rights community to elaborate on the idea of a new global instrument addressing exploitation, to identify its scope, purposes, and contents, and to promote a substantive discussion at international, regional, and national level.

You will find the full article on the Open Democracy site.